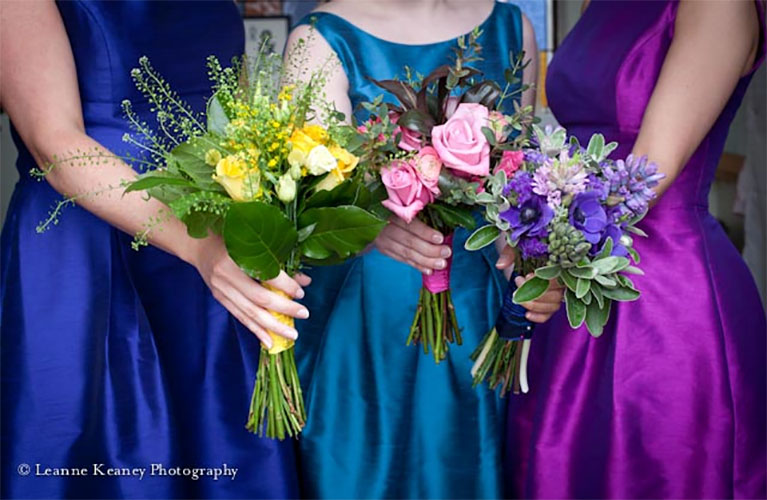 Moira & Ciarán, were married in Newmarket & had the reception at Springfort Hall near Mallow in April 2013. The flowers used were beautiful spring blooms in bright tones, influenced by the jewel tones of the bridesmaids’s dresses. Both Moira & Ciarán have a love of music, and this theme was carried through to the reception.

“Thank you so much for everything this last year. You really went above and beyond, and I’m so happy with everything you have done.”